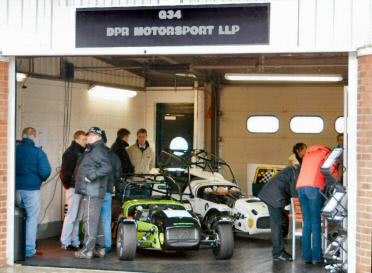 We significantly under-estimated the interest in Caterham with all of our passenger rides being booked by 10 am on the first day. From talking with a number of karting competitors this confimed Caterham racing as a perfect next-step for progression into serious motor sport. Caterham Academy provides a well supported entry point for complete beginners but a number of the more experienced karting competitors could also make the transition directly into Roadsport A (120 bhp) or the new R300 series (175 bhp).

From looking at what else was available in the Race Car Live! paddock there is no doubt that Caterham racing is one of the least costly options. The overall race experience in times of race time duration, circuits and manufacturer support is at the top-end of what is available.