2019 - Another great year for DPR Motorsport

2019 saw DPR team drivers claim success across all the team supported categories.  Gordon Sawyer was top DPR driver with his 1st in 310R, then James Murphy with his 2nd in 270R and Aaron Head claiming 3rd in the highly competitive 420R championship.

Gordon Sawyer’s win was by the slimmest of margins.  Despite seven outright wins including two fastest laps out of the championship’s 14 races Sawyer started the last race at Brands Hatch with a championship lead of just two points.  On the day the rain came and the now wet race introduced another challenge to the highly technical “Indy” circuit.  Ultimately the championship win came down to who could master the wet lines and keep their nerve;  Sawyer  demonstrated mastery of the conditions and kept his focus on getting that sought after championship win.

Gordon Sawyer “My win in the 2019 310R championship in the Official Caterham series was immensely satisfying. My thanks to David Rowe, DPR Motorsport Team Principal, for building such a great race car and providing race support second to none. I am looking forward to the challenge of the 2020 420R championship that will be equally if not more competitive.” 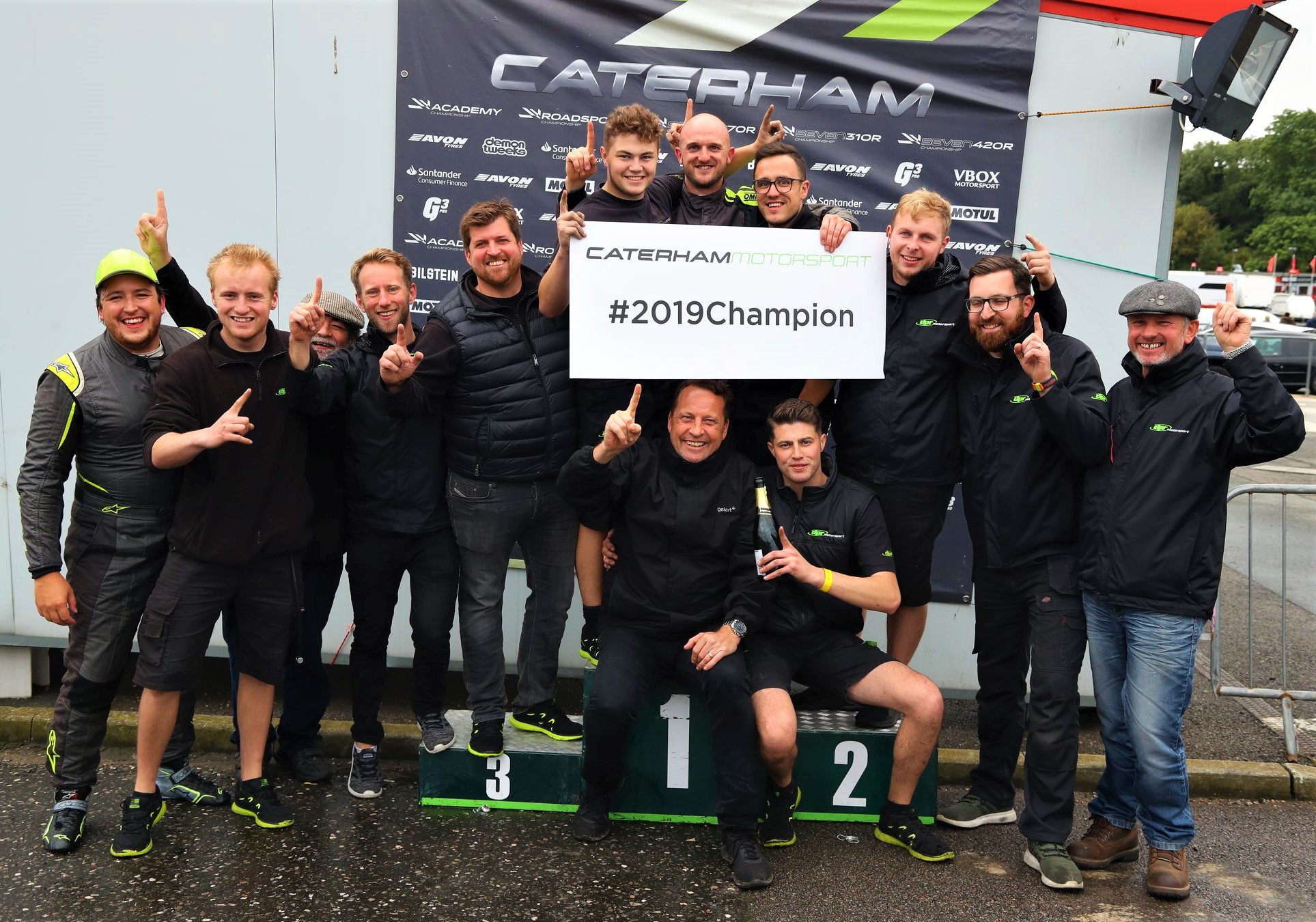